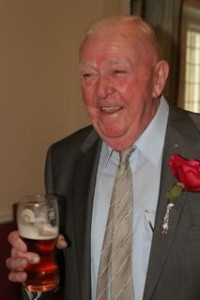 Yes, a bit weird this.

Having spent several years blissfully ignorant of “bloggers” and constantly sniping at the futility of internet dwelling, it would appear that I am here. Blogging.

I’m not entirely sure how it’s all come about, but apparently when you have a website updated, a whole swathe of gizmos accompany the process.

Facebook’s “Mick Channon” (Hometown: Salisbury, Gender: Male, Secondary School: Stonehenge, Amesbury, Wilts) will be gathering dust for all eternity I fear. Don’t bother “friending’ him – he’ll never use it – although you could join the Facebook Page: Mick Channon, West Ilsley Stables – if that takes your fancy.

Twitter is another gizmo that the web tecchies have urged us to use although The Trainer is unsure how often he should tweet. As he admits, if he were to express each and every opinion he has, the world would be left in no doubt that he’s clinically insane and permanently miserable. When you hit 60 you see, EVERYTHING is rubbish.

Personally, I’m undecided about Blogging, having opened my first ever blog by questioning the value of blogging.