HYSTERICAL HISLOP AND A HEAD AT HURST PARK 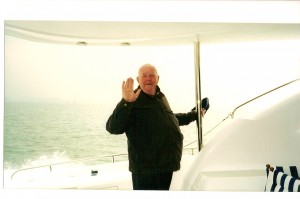 A return to the Riviera, September 2004

Susan Harding has been a whirling dervish in the office of late. Not only with the increase in administrative work that Spring brings such as naming the horses, registering new ownership partnerships, checking the colours, a treble check of the tet and flu records, a second double check on passports as well as new sponsorship registrations, she’s having to get to grips with “Twitter Fever”.

This seems to be a degenerative disease that The Trainer has been struck down with since the new site launched last week. Rather than leave his Twitter account to his own devices, which would surely involve him putting diesel into the office computer, Sue is the one responsible for keeping the world bang up to date with the on-line musings of the Master of West Ilsley.

The Trainer’s been immensely proud to hear that his Twitter followers have increased above the 200 mark over the weekend. All this in light of the fact that he has no idea what Twitter is, how it works or what a “Follower” is.

From his perspective, Twitter represents a way of venting his fury at life’s annoyances. This morning, step forward Lydia Hislop, for her emotional breakdown on terrestrial television over the incident involving jockey Jamie Moore’s marking of Tobago Bay at Newbury on Saturday.

Lydia Hislop moaning about cruelty in racing. Thanks for your input, horses in training are better treated than human beings. A joke.

Apparently, on Twitter, you are only allowed 100 or so characters, so feel free to fill in the expletives where necessary.

He’s banged on about it a little more in the website’s news section if you’d care to read in detail, although the Deirdre Barlow neck veins and bulging eyes don’t come across so well in the written word format. 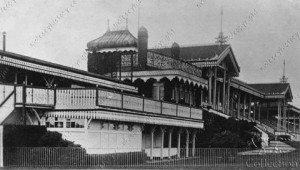 Hurst Park, A Chav Free Zone back in '53

Personally, I’m all for calling for that little bit more when the fight is on. I had a horse called Penicillin’s Nemesis suffer a similar fate at Hurst Park back in 1953. Turning for home it was neck and neck between my filly and the Noel Murless trained Fleming’s Cure. A chap called Johnstone was on mine, a small chap, but I guess that was the point. Anyway, we prevailed by a head but I couldn’t help notice that Penicillin’s Nemisis was in ribbons on her return to the enclosure.

It was a hollow victory, only made palatable by the hefty wager I’d had on. It was also a landmark occasion in that even the Stewards at the old track had noticed that my hollow victory was accompanied by an almost hollow horse.

The use of the “Barbed-wire whip” was banned thereon in. Yes, those days were hard on horses, but they didn’t half respond.