Months of excitement reach boiling point this afternoon as the country’s biggest secret is let loose like a big angry rhino or something. Whatever it resembles, it’s big. Very big.

The Olympics have been big news for what seems like decades thanks to Lord Coe and David Beckham’s tangible charm and no little corporate appeal forcing the five rings committee to allow Great Britain to overhaul the capital’s public transport system. All in the name of a massively overhyped sportsday.

As a part of the process, national treasures, two bob celebrities, and Will-I-Am have carried the Olympic Torch across the country, invariably in locations with which they have absolutely no connection with whatsoever. Until now…..

Biddlecombe – Underwhelmed by his send off at West Lockinge

After several hush hush dinners down at the Eyston Arms, The Trainer & Terry Biddlecombe have finally come clean and announced that they are to be carrying the torch when it’s rerouted on its Oxford to Henley leg to West Lockinge today, where Terry (being the fitter one of the pair) will traverse the Ridgeway on the uphill leg of the relay. He’ll then rendezvous with The Trainer in that car park where everyone throws litter out of their vehicles on an hourly basis. It’s strange because there isn’t a McDonalds for miles around and yet the Yank Clown’s burger boxes are an omnipresent eyesore at this picturesque part-time dogging spot. It’s hugely annoying.

Anyhow, it’s from this scenic location that the pair will head down the hill in the Trainer’s gallops wagon and into West Ilsley for a press conference, photocall and a huge celebration in The Harrow. When I say “huge”, to this pair a pint and a half of Guinness represents “off the rails” so if you want to get in on the festivities you’d best be on time.

They’ll be asleep within the hour.

Biddlecombe set off at 8am this morning and The Trainer is expecting him at about mid afternoon tomorrow.

All the hype, merchandise and terrible logo take me back to my Olympic heyday and that monumental tussle with the Swedish deadshot Oscar Swahn. It was London, 1908 and we went head to head in the shooting. None of these namby pamby targets or clays back then – this was the running deer event and despite my modesty, I must confess that I was one of the most conscientous and dedicated sportsmen of the time.

I used my gamekeeper’s family in the off season to keep my eye in. Old Man Burke was very understanding and luckily he was Catholic and he never ran out of children. 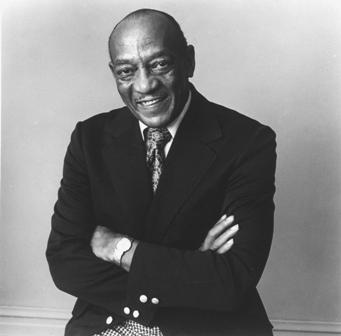 I had to settle for silver in ’08 but it was as a coach that I enjoyed my greatest success, most notably with Jesse Owens in 1936. His all conquering haul that year was slightly ruined by the fact that we couldn’t really go out on the lash after his final gold in the 4×100 metres final.

They were very strict on dress code in Berlin at the time and the daft sod forgot to bring a jacket!

How we laughed about it later.

The Olympics represents everything good in sport – a competition promoting peace, without the burden of politics, religion, racism or indeed the M4 flyover near Isleworth this time around.

Good luck getting there from Heathrow.