A FETE WORSE THAN DEATH AND FRAUGHT FILMING AS FAT ALI’S SEARCH FOR THE ELUSIVE YEARLING CONTINUES…..

It’s been a while I know, but a cruise around the Aegean is not to be scoffed at, especially when one has the chance to live the highlife courtesy of a beast by the same name. Highlife Dancer’s five timer this season won me enough to fill the coffers tenfold and with coffers the size of mine, that’s a pit of financial fodder too tempting to leave alone. 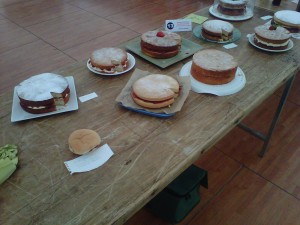 My absence has been sorely missed in and around the environs of Ilsley. The Village Fete for example descended into farce such was the enthusiasm that The Trainer and his Odd Eldest approached the Victoria Sponge contest. Under its inaugural title as “The Russell Brown Trophy”, Senior and Junior went all out for victory in a tragically doomed attempt of culinary ineptitude.

As keen as they were to win, neither The Trainer or his bungling Assistant share a single gene of cookhouse competence and after half a dozen abysmal attempts, they panicked and entered the Fete Tent with a last minute botch job of crass insensitivity. 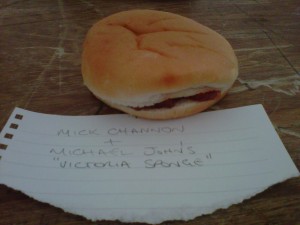 Thieving a burger bun from an adjacent stall and filling it with the jam from a fellow contestant’s entry is hardly the sort of behaviour that encapsulates the community spirit  a village fete sets out to achieve. It also doesn’t make the end result a Victoria Sponge.

It makes it a Jam Butty. 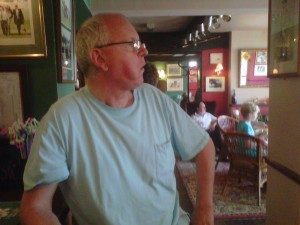 Not Happy in The Harrow. Apparently, "It was all his idea"

Thankfully the disingenuous duo were seen for what they were and held up as such in front of a baying mob of locals. The Trainer raged off to stew on the unfairness of it all in The Harrow blaming his Assistant, who suffered the humiliation of having to devour the “sponge” and smile at the same time. 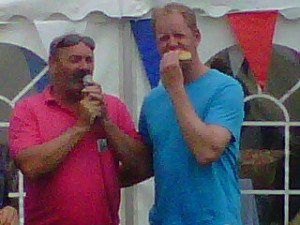 Such public shame hasn’t been seen in the village since Jamie Magee was caught fiddling the cricket scoreboard during the traditionally bad tempered East v West match for the Ilsley Challenge Cup in 2008.

“I’m Irish” was his only defence.

Time moves on at pace and there have been several scandals that made my summer sabbatical more than a little timely. The Great Fire of Hodcott for example made huge headlines in the Newbury Weekly News, with The Trainer being asked by one of the local paper’s newshounds as to the extent of the disaster. 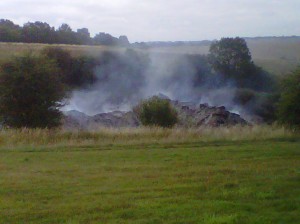 The Newbury Weekly News ran with the headline: "SH*T HOT"

How many people have lost their homes? Did the horses survive? Will the yard recover? That sort of thing.

There was a cat stuck up a tree a few years back, but as stories go in West Ilsley, this was a big one. “The Fire”, as it’s referred to in hushed tones by the locals, will pass into folklore.

That was high summer however and now the depths of winter muster on the horizon. Essentially, next season has already begun.

The yearlings are nearly all in. They are challenging and incredibly complex and that’s not just the horses. Their names must be learnt overnight to ensure that mistakes aren’t made with The Trainer drumming the mantra “Detail, detail, detail” into each and every member of staff – so much so that paranoia soon reigns supreme.

Indeed, whilst sound engineers, a lighting director, a seven man camera crew and producers arrived last Friday, Michael Junior put together a list of yearlings to be filmed for the excellent website www.mickchannon.tv.

Fat Ali was then despatched to polish and parade the yearlings with the instructions, “Start at the top and work your way down the list.”

This seems like a simple enough set of instructions, until the aforementioned paranoia is taken into consideration. The staff no doubt have all heard of Refuse to Bend and Clodovil, they are even familiar with Footstepsinthesand Colts 1, 2, 3 and 4. Occasionally however, unfamiliar or first season sires can confuse those that handle them.

With the film crew waiting for almost half an hour and with storm clouds now gathering, it was feared that Fat Ali had done a runner. He was found a short time later, sweating and confused in the top barn, scouring the nameplates looking for the elusive juvenile: 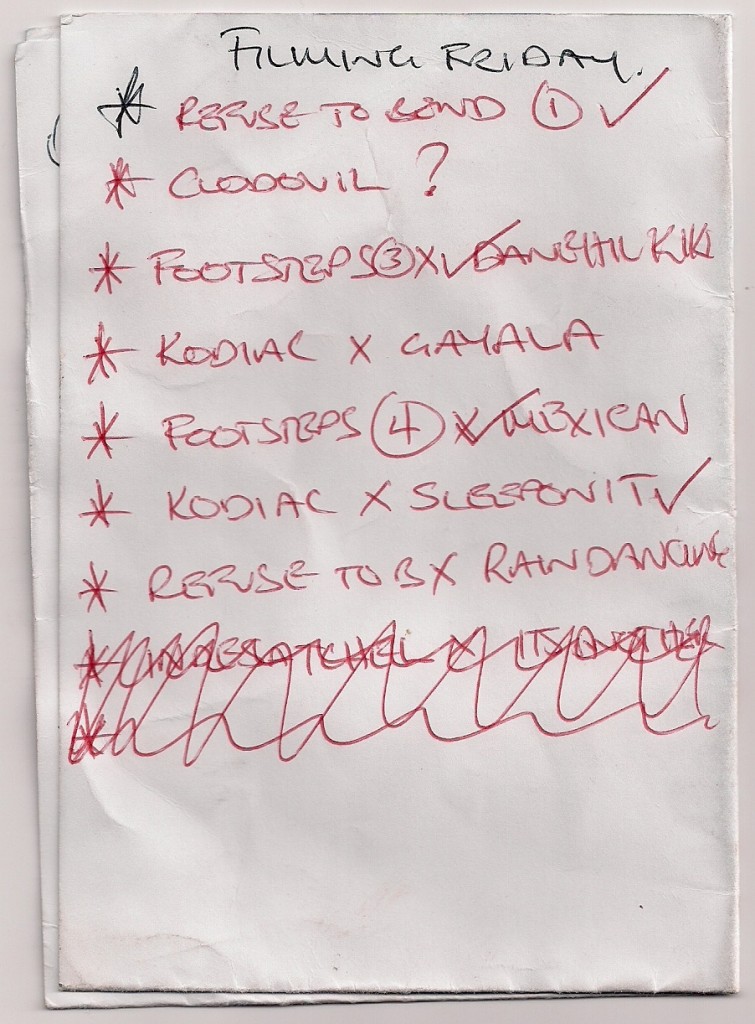 Filming Friday - Not the name of a first season sire