NO LONGER LIVING ON BURROWED TIME

Ecstacy at Hodcott, with The Trainer for once in a stress free mood on a work day. Like Henry Cecil, there is a Channon coat of arms raised on the lawn of The Trainer’s garden, but it’s not there hailing a Group 1 winner. 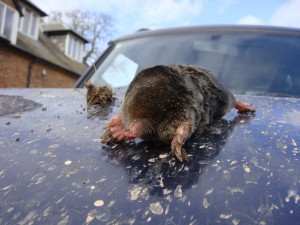 ‘It’ has been caught.

You may or may not be aware of the fact that the grass at West Ilsley is almost a deity in The Trainer’s eyes and following a mole hunt lasting for the best part of four years he’s finally snared his Tapidaen nemesis. Affectionately known as “That Bastard” (a name the unfortunate late mammal shared with Richard Hannon), he finally succumbed to a trap placed by the gate of Hodcott House.

He’s been a worthy adversary over the years, one that has driven The Trainer potty, but an era has come to an end. As a mark of both glee and respect, it’s been stuffed and mounted on the bonnet of the gallop wagon, possibly as a warning to others that the grass is off limits to everything other than equines and the new John Deer. 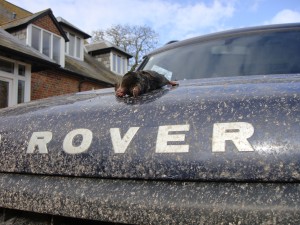