TARBY’S HEAD ON A PLATTER 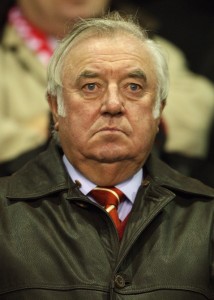 I’m not a regular in the office, but popped in this morning for the low down on our three winners for this week on my way home from a spot of rabbiting.

The Trainer breezed in after third lot and gruffly barked at Sue Harding, “Get me Jimmy Tarbuck… and a cup of tea”.

It was the way the man delivered his orders. I could almost picture the King of the Palladium’s head arriving on a tray at the behest of some sort of ruthless, worzel mafia boss.

Three winners today, Thursday and Friday will pay for the next cruise I feel. The one at Wincanton tomorrow prompted The Trainer to consider being measured up for a tweed suit.

Rabitting remains poor around these parts. Still no ferrets and the rabbits never come back up.